Another Revelation Hushed Up By The BBC and MSM. 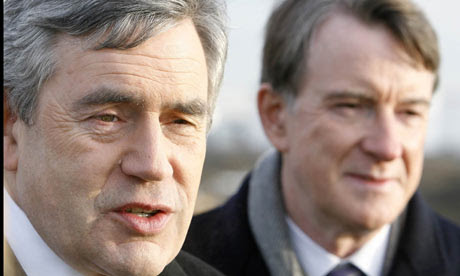 On 2nd February 2009, during the unofficial disputes, Lord Mandelson told the House of Lords
“We have been informed that all sub-contractors adhere to the National Agreement for the
Engineering Construction Industry which governs terms and conditions, working hours
and pay”
Andy Fletcher, Regional Organiser for the GMB said “Somi told GMB that they were paying
their workers in line with the national engineering construction agreements on the
Staythorpe site. The audit has exposed these Somi statements as lies.
With the 1st anniversary of the Lindsey oil strikes rapidly approaching many in the Engineering Construction Industry are concerned that recent articles in the media show how the workers of this country are still being put at the back of the employment queue, a new report entitled “Would the needs of large projects be sensibly met through immigration?” commissioned by the Government flies in the face of the Prime Minister’s much-derided pledge in June 2007 of British Jobs for British Workers.
The workers of the Engineering Construction Industry are calling on support from ALL sections of the construction Industry to attend a peaceful protest march being planned for the 3rd of February 2010 in central London by the same gallant workers who stood in the cold and snow last year. Since the recent revelation that “a full audit of the payroll system of Italian sub contractors Somi, working for main contractor Alstom at the Staythorpe Power Station construction site in Nottinghamshire, has uncovered that Somi has been underpaying employees by 1,300 euro’s per month”. GMB are now organising for unemployed engineering construction workers to attend and delegations from construction sites around the country will be welcome.
Common sense must prevail and this government must not be allowed to continue with this race to the bottom, Why should the workers of this country young and old be left to the welfare state, we are only asking for what is fair and morally right, fair access to work in our own country, and not the discrimination and exploitation that is taking place all over the UK by replacing highly skilled British workers with cheap exploitable migrant workers.
All with good intentions across ALL industries are invited to call for a level playing field and fair access to jobs for skilled, unskilled, young and old.

Mendacity is the stock in trade of an unelected Trade Minister. Telling lies is not a problem for these people. They have become very rich on selling out The UK to anybody with a bit of slush for their slush funds. Blind trusts, they're called. Is that because they rob the pliant, gullible British Public blind? It is in my book. As for The Union paymasters, just as bent on their own power and greed as their Government. British Jobs for British workers. Your 'avin a larf, ain't ya, Gordon?