Is This Science Not Part of AGW Conferences? 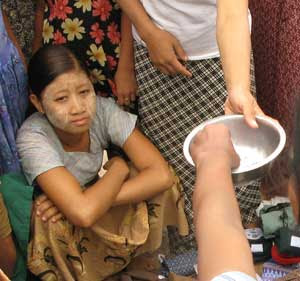 From this link and an extract below follow up, "Correct Timing is Everything - Also for CO2 in the Air; Guest Editorial by Tom V. Segalstad on CO2Science." http://www.icecap.us/ ";

.................... Is the question begged by the header. This is real, unpolluted and apolitical science. It also makes a mockery of the CO2 credit ponzi trading scheme. Snake oil was at least visible. The irony of The Bilderbergers securing the earth's wealth via such a scam is hilarious. That is if laughing at the poverty stricken populations of the world's poor is your sort of humour. Seems to be Jimmy Snot's and his socialist wealthy friends. Tory Toffs are better than Labour Liars.

"From Leonid Klyashtorin below:
CO2 is NOT MAIN Greenhouse gas. The MAIN Greenhouse gas is Water Vapour. Its mean concentration in the the Earth atmosphere is roughly 1%. and CO2 concentration is about 0.033%. CO2 increase for the last 50 yrs was about 20%(to 0.039%), i.e. TOTAL GH gases concentration rise from 1.033% to 1.039%.
The change of TOTAL Greenhouse effect of the Earth atmosphere for the last 50 years is roughly 0.6% i.e. it is on the level of statistical error. One can say that the Arctic region the most sensitive to CO2 warming effect thanks to low annual temperature caused low partial pressure of water vapor.
This year the most competent Arctic climate scientific agency, Arctic and Antarctic Research Institute (AARI) in St. Petersburg, Russia published the results of 100 year instrumental data on the Arctic temperature and sea ice area and gave its perspective forecast for the next 10-20 years. According to this forecasting the Arctic temperature will be decrease and sea ice area will be increase. As you can see from attached figure (Arctic/Global dT), age long Arctic temperature trend sharply differ from Global temperature curve. Arctic trend has not the ascending trend (i.e. Global Warming) and demonstrate only roughly 60-year fluctuations. "
Go on, ponder. Why is this not part of Copenhagen style junkets? Then ask yourself why we are all such fodder? No wonder Jones quit The CRU when shown to be a disgrace to the name of science.
Posted by Oldrightie at 08:30