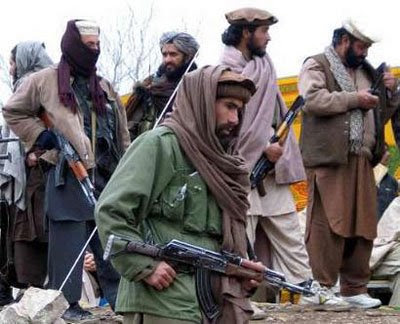 The next Afghan Government, Circa 2013?

2009
"UK and other Nato troops are to launch an offensive to take back areas of southern Afghanistan, the British general in charge of forces there says." http://news.bbc.co.uk/1/hi/uk/8478220.stm

1980
Resistance intensifies with various mujahideen groups fighting Soviet forces and their DRA allies. In the first six months of the campaign, the Soviets commit more than 80,000 personnel to occupy Afghanistan. The US, Pakistan and Saudi Arabia supply money and arms to the mujahideen.
1985
More than five million Afghans are now estimated to be displaced by the war, with many fleeing to neighbouring Iran or Pakistan. New Soviet leader Mikhail Gorbachev says he wants to end the war in Afghanistan. In order to bring a quick victory, the resulting escalation of troops to pacify the region leads to the bloodiest year of the war.
1986
The US begins supplying mujahideen with Stinger missiles, enabling them to shoot down Soviet helicopter gunships. Karmal is replaced by Mohammed Najibullah.