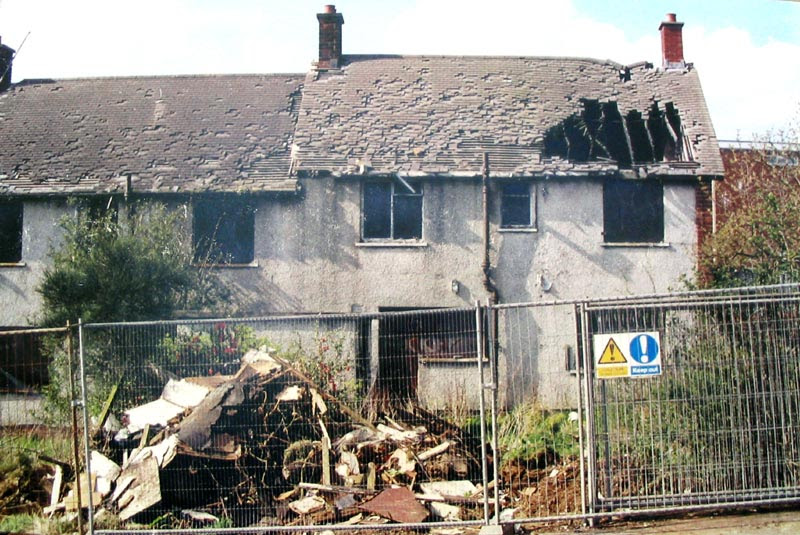 The news today, of the highest jump in inflation ever, will be relegated to the background by the powerful MSM grip Labour hold over the Country and The BBC in particular. This will be further hidden by the ineffectual Opposition incapable of articulating the anger and despair that already exists and is set to get very much worse.
The printing of money was designed to stave of pain before an election. It hurts me to say this but I feel Alistair Darling has made a small effort to tell his fellow citizens we are in up to our necks in doggy doo doo. I rather suggest his own affairs are delicately balanced and he felt unable to go further. Of course The Bilderbergers and their puppets, such as James "Snotpicker" Brown, also realise that hyper-inflation will bury their greed and incompetence by reducing the value of debt.
As Balls would say, "So what".
Well, the cost of everything will soar. The currency will collapse and since we import so much, we will find our lives rapidly deteriorate. Crime and lawlessness will also mushroom. The housing market will also fall dreadfully as the ability to purchase will just not exist. Poverty will soar even further and aspiration, weakened already, will be a distant dream.
Massive dumps of expensive and irreparable electrical gadgetry will appear everywhere. Councils will not have the money or manpower to clean up. Shanty towns specialising in botched vehicle and other weak maintenance, will spring up. Bartering will be preferable to cash.
Is this too bleak a picture? I think not. The Country is bust.
Though national debt might be inflated away, the largess granted Banks and bankers has been exported. We have nowhere near enough production and manufacturing, let alone Government reserves, to fall back on. As Asian economies grow they will need to rely on their own markets to survive.
Is it all really so bad? That JAL filed for bankruptcy today is one mega indication of how bad. Examine BA's debt mountain and you see the scale of it all.
So how did this happen? Greed. Greed for power and votes. Greed to fuel demand via unchecked population explosions and mass immigration. Greed to dominate, causing war and strife. All that greed is expensive. It is you and I must pay. Not Brown or Labour politicians. YOU and I!
Will The Tories be different?
Ask yourself this, why has Cameron put himself forward for the ridicule and nastiness he will have known awaited him and his family. It has to be a sense of duty, whatever anyone else might care to argue. He may well have to be great to dig us out of this mire. That cess pit which has been created through Bliar's and Brown's, aided and abetted by the coterie of scum that is Labour. The biggest regret? The architects of this collapse will have stripped all the valuables from the building and left just as it comes crashing down. Scorched earth policy, the only thing Jimmy ever got right. Some legacy.