Did You Have Your Doubts, Socialists?

Then Discover Your Utopia Of Dogma.
Britain falls to 25th best place to live in the world... behind Lithuania, the Czech Republic and Hungary. 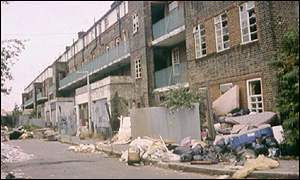 Whilst our political classes squabble endlessly, continue to camouflage their expenses by diluting the whole scandal, the Iraq enquiry is non-reported, freezing conditions blast the global warming rubbish for taxation of the world, to smithereens, we get acres of MSM coverage from The Westminster cosy village of privilege on a pathetic bit of cowardice and weakness. Note the absence of the Afghanistan conflict in the media, too. In the mean time a coward with all the typical nastiness of a bully thumps the table and screams exactly as in the "Downfall" spoofs. This creature from the middle-class Manse is allowed to stay as a discredited and pathetic PM regardless of the damage to our Nation. Any socialist and Labour twat who thinks our colossal deficit will not make the poor even poorer is as deluded as the smug world of inner London Bilderberger lounges. Sickening and despicable failure of everything we once held dear. A plague on all their houses. Something must and will give. Only an immediate election can spare us and only then if that ballot is also not fraudulently as fiddled as The Republican Bush victory was.
One last chance to wrestle power back to the people. I am not hopeful.