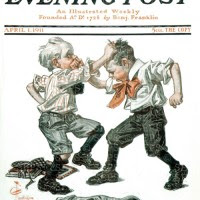 I woke this morning with a typical post Christmas low. The dog soon cheered me up and I buckled down to take my dear Mrs OR breakfast in bed. My spirits began to lift. I'm seeing friends for squash and a beer, the blizzards have passed us by and things look normal and chipper as usual. That phrase "getting out of bed on the wrong side" is one of hundreds of such ancient sayings that are quietly wise and apt.

Then I made the mistake of switching on The BBC news and coming onto the web. First of all we have a brief Party Political Broadcast telling us that Jimmy Snot is to use a New year message to bash The Tories and lie about how great things are under him and his brilliance.

Then comes the smug leftie (state funded) blogs crowing at about how great they will be in 2010. No doubt salivating over either a Labour victory or a Tory Government "Aunt Sally". The latter a target to pick up the shit left behind by Labour to hurl at a struggling effort to put the roof back on before the next hurricane of socialist global failure.

The pettiness of our political parties today is very, very disappointing. Cameron goes from PR doom to sunny uplands and Snotty follows with his own version. Sound bites rain down on us as though we are as infantile and compliant as a 1950s school room class. We are to be beaten into the ground with TV, Web and hoardings exhorting us to BOGOF with one soap opera or another. Well, the nation needs to grow up. How? Destroy the Labour Party as a warning to the survivors from the others. Do not let this panoply of lies and deceit, so beloved of the left, to survive. Quit squabbling and show that voters really matter and what befalls any deceitful, grasping, corrupt Government. No other way will work. Why? Because politicians just don't get it. Schoolboys who need a lesson.

As for The Tories, get real about Labours' appalling record but do it constructively and with the kind of honour and decency shown by the likes of David Davies and John Redwood. Lose this ball and chain of Etonian cliques and favours. Merit and merit alone is required. You should be ashamed at not having a 20% poll lead.