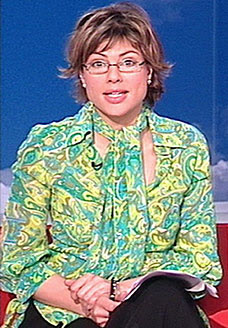 For me this is a gallery of faces I would never tire of slapping. I suppose they just do what they are told and bank our cash. However for starters let's look at the programme description.
"The latest news, sport, business and weather from the BBC's Breakfast team." No mention of the forthcoming smugfest, there is the? Nor any mention of the propaganda show for Labour. Certainly no mention of the blatant plugging of films, books and general vomit inducing crap that you are about to see "coming up". My dream? One of this lot say, "Coming up shortly is the regurgitated multi-coloured cough we offer you this early morning."
Now, you might ask, why watch? I'm fascinated as to how bad it might get. Today I was rewarded!
As Copenhagen struggles with their own self-absorbed torpedoing of "climategate", (barely mentioned other than for the usual dismissal), the 100th soldier's death is celebrated with a visit by Aintworthalot, (ghastly plonker well suited to this awful programme), Houston suffers it's coldest start to winter ever, Baghdad suffers yet another violent attack, (remember Iraq?) and the UK continues to rack up ever more debt, what does this bunch of thick but rich, cretins serve up?
Ready, prepared to be enervated and shocked? They lead with a fucking item about pink. Yup, PINK! It happened. When, even I, in my wildest hopes prayed fervently for them to really plumb the depths of their bubble of excrement, that is London's habitat of the chattering twitter class, they answer my prayer. Pink, got it?
Not even their blatant propaganda lead story about another intervention in parenting for chavs by Labour, to substitute for the disappearance of real parents, could be given the air time greater than bloody pink! The guy brought in for a kicking was great though. After The Williams tart's smug "I've got three boys by different dads" plug, he quietly opened his immaculate jacket wider, the better to show off his pink striped shirt. Magic, a very handsome guy getting away with pink. Perfect.
Dear God, no wonder a 30% and rising vote for Labour exists. After this typical day in the life of mind bending banality I'd vote Labour in the hope that the continued disaster that Labour wallow in creating, might just see this lot on the dole! Turnbull, your bees need you, I need your bees to sting the end of your tiny knob. It might momentarily wipe the smugness of your face. Loathsome and so BBC Pravda.