EU Celebrations At Your Expense.

What The Future Holds?

"The further backward you look, the further forward you can see", Winston Churchill. 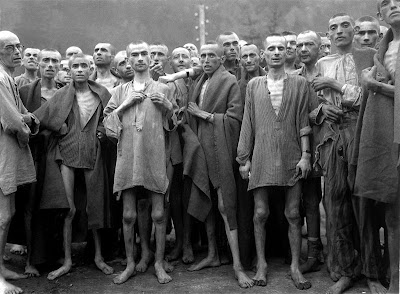 Will this be the fate of future EU dissidents?

EU laws have prevented the British Government from compelling foreign lorries to fit mirrors which would radically cut road accidents in the UK.
EU law has direct effect within the legal systems of its Member States, and overrides national law in many areas, especially in areas covered by the single market.
A report by the TaxPayers' Alliance published today reveals a 9,415 net gain of EU laws since 1998, with almost half the new laws coming between 2006 and 2007.
In 2007 alone, 3,010 EU laws became UK law.
Decisions made at a European level have by far the greatest influence on what local authorities do with waste. For example, scores of incinerators were closed down at the end of 1996 due to the European Incineration Directive (law) introducing controls on pollution from incineration. The targets in the 1999 Landfill Directive for diverting biodegradable municipal waste away from landfill are now biting on local authorities through the Landfill Allowance Trading Scheme.
The above are just a taster of laws soon to be rushing towards us like a tsunami created to wash away freedoms and liberties fought over for centuries. If you feel a dismissive shrug of the shoulders is the fashionable response, consider the following.
The European elite will set up schools just for their own. They will take the best of each State's resources to place in these establishments. They will follow the destruction of our farming and fishing with the same dictatorial manner to the annihilation of freedom . Grace and favour will follow the Labour model. Compliant Europeans will be placed in all the top State jobs. Your local Governor will be a High representative from Turkey, Albania, Roumania or France. That is if sufficient UK turncoats are not available. National symbols will become outlawed, jingoism ratified as a hate crime. On and on it will go until one day a Russian style revolution across the 50 states, then in being, will happen. Turks will start, Germans will finish. All the rest of those once proud Countries of Western Europe will be long forgotten. I, thankfully will be dead. The EUSSR, you are welcome to it. My Grandchildren are in Australia.

The British Government is to seek early entry into the euro, now that Lisbon is ratified. Documents are circulating to the effect that the reduction of UK large banks will help the process.

Could this be true. You bet it could!