This Deluded Twat Is Next Labour Leader?

Is It Only Me Who Finds The Millipededes Creepy? (pun alert) 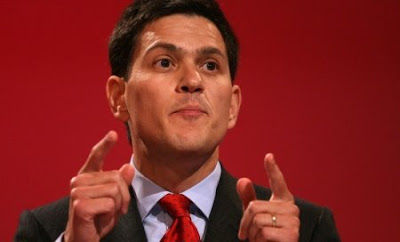 "Mr Miliband insisted that a second round of voting in the Afghan elections could yield a credible result, despite concerns over turnout. "It is possible to have credible elections that provide a legitimate expression of the will of the Afghan people," he said. He insisted that despite the problems in holding a second round, the UK would look to maximise turnout, to create a "consensus programme" for Afghanistan."

"The elections on 20 August need to be both credible and inclusive. These will be the first Afghan-led elections since the 1970s. We are doing all we can to help ensure that the process is as credible and fair as possible: deploying additional troops so people can vote safely, and through the EU and OSCE despatching over 100 election observers to foster confidence in the overall process." http://www.davidmiliband.info/speeches/speeches_09_09.htm

July this year these words were spoken. There was a time when such monumental failure to bring about these fine aims would have shown a Minister so out of touch, so deluded and incompetent as to have been forced to quit. These days these moronic imbeciles get to run the asylum with the cash, our cash, to piss up the wall with.

Is he measuring how big their lies can be in the picture above? If so, very conservative. This is one of the idiots who said just these sentiments a few weeks ago. Also one of the main instigators of the killing fields of Afghanistan. A place of death and anguish, sorrow and pain for so many soldiers and their families. Just so this deluded bunch of liars and thieves and warmongers "can strut the stage, signifying nothing"!

The Taliban respond to Millipede's visit for talks.