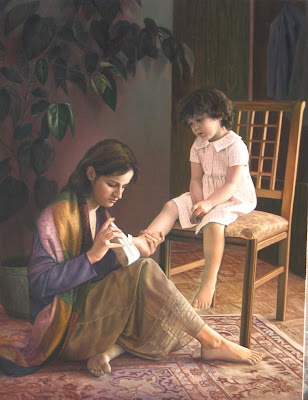 All of my life, as a working class born bloke, I have been made to feel that my support for The Conservative cause was wrong. That I was somehow siding with the bosses, aristocracy and capitalism. It has taken until now for me to see the light of my conviction and that doubt was always the shadow of left wing, superior belief in their morality being the only code. Historically such belief has been proven to fail more spectacularly than any other socio/economic model or enterprise.

Yet, of late, I have found my Conservatism to be well founded, if it is divorced from the label so successfully attached by the left. That of Conservatism equalling blind loyalty to capitalism. Such a notion is as ridiculous as identifying the ideology of the left as having a social credence denied to any other creed.

So, where is my Damascene enlightenment? It is from the real understanding that I believe in social justice, fairness and the acceptance that the best things in life are not free. They demand responsibility, humanity and a sense of decency, very lacking in the changed world we now live in. Socialism demands total slavish obedience to a principle totally impossible to achieve within the human soul. Thus it requires force and control of dictatorial proportion to force obedience to the will of a fantasy and a dream that can never be.

So basically, socialists and lefties can go fornicate with their selfish and incredible stupidity. I am right to seek a just economic and good world based on common sense, freedom and fairness. It is not theirs and theirs alone, so fuck off and give us an election. We want you gone for all the right reasons.