Why Are They Leaving?


Whose Firms Are Paying The Taliban? 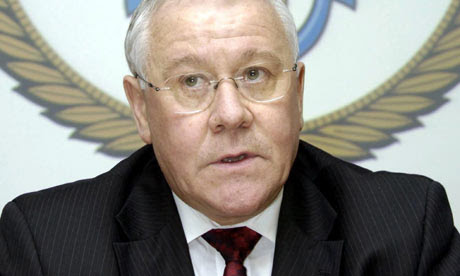 Now here is yet another Scot and Labour Defense ex-Minister, leaving after this Parliament to pursue other interests. As with Reid, he is heavily involved with a top 100 contractor for The USA in Afghanistan, namely EDS. Now this list is in the public domain and I am fascinated to easily have located this pair.

"Adam Ingram Mp for East Kilbride has got a few nice little earners. This so-called socialist has a list, OK, of paid EMPLOYMENT OUTSIDE PARLIAMENT totalling £170,000 per annum. The most corrupt of these is a company called EDS. When INGRAM was MINISTER OF STATE FOR THE ARMED FORCES, his department awarded EDS A FOUR BILLION POUND CONTRACT. Shortly after being sacked from his role by GORDON BROWN, he took up employment with EDS which pays him £55,000 per year."

Now do not lose sight of the fact that most, if not all, of these companies have to deal with protection (security) and we are aware that this probably includes payments to The Taliban for safe passage. So the expenses and iffy contacts and earnings are quite possibly part of the scandal of Soldiers dying from munitions purchased for "Theatre", as Wiggy loves to say, by Companies paying retainers to British MPs. I wonder if Wiggy's been signed up yet?
So, forget the dodgy deals between UK Ministers and private firms, concentrate on the link to The Taliban and Afghan killing fields. Just 98 of the top earning contractors to look at. I wonder if I shall find something even more direct that these two trougher twins?