This Gets Ever More Dispiriting! 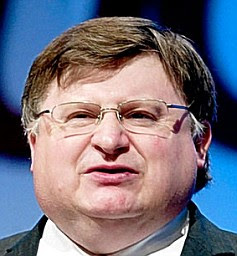 Now our wee laddy is also standing down at the end of this Parliament. It's becoming a link, i s it not. He says it's on health grounds. Gonna be hard living on incapacity benefit, matey. I assume that will be the case. Son of a Labour MP and Trade Unionist Mum, he really works at LOOKING a true socialist. However, our next Company is;

Fluor Corporation, a Texas-based company providing logistical back-up to U.S. military operations, said Skylink, provided the Vertikal-T helicopter that most recently crashed in Afghanistan. The helicopter was transporting contractors on behalf of Fluor. No probs for Ian, his UK connection was;

"Since October 2007 Mr McCartney has worked with the construction, engineering and energy company Fluor, providing them with advice in anti-corruption and business ethics policies; political, economic, environmental and regulatory issues; and outside relations including working with trade unions."

They needed advice? From Labour? H'm, I wonder if he sees full time working with someone associated with Fluor as better than incapacity benefit? "Google" Fluor UK and their contracts with Jimmy's Government are worth billions.

I told you earlier, it's like thousands of acres of mint, the more you tug the more there is. Plenty of other Party (animals) figures to come but I reiterate, for over 12 years this lot have been heavily engaged in Mandleson cultivated manipulation. Not least from his time as an EU Commissioner. Not only are we witnessing dubious connections, they all lead back to Afghanistan and war. Indeed, covert CIA operations seem frequently to be head to head with coalition troops. Guess who also is a big player? Russian "contractors". It's world war three out there and no one bothers to tell us whose supposed to be working with whom!
Posted by Oldrightie at 13:49