The Push To Control.

Fair Vote? I Doubt It! 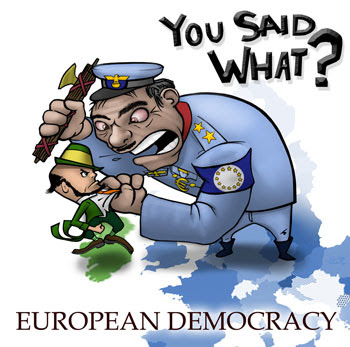 "The Irish Times reports that the Irish government has been urged to accept a recommendation that spending limits be imposed on companies campaigning in referendums, following the news that US multinational Intel will spend several hundred thousand euros backing the Yes campaign. No campaigner Roger Cole, Chairman of the Peace and Neutrality Alliance, said it was unfair that there were no limits imposed on wealthy companies."

Fresh from digging into the collusion behind supplying logistics to The Taliban to kill our troops, comes the news that "they" are throwing millions into buying out Ireland! Where will it all ever end? As more soldiers bodies are brought home, I wonder how much the Afghanistan apologists will react to the row between Holbrooke and Karzai? The Lisbon ConstiTreaty and our presence in Afghanistan are closer than people realise.