The Dromey-Harman duo cruising along steadily enough at the heart of political power in Britain. 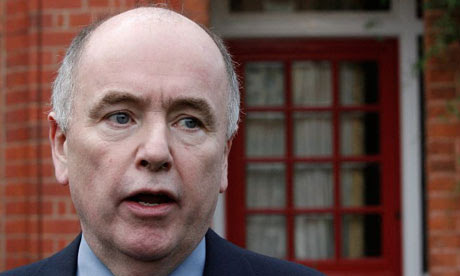 Nepotism is alive and well as Mr Harman aka "Brunswick Jack Dromey", (thug of the picket line), appears to be about to ignore wifey's all women short lists and nonchalantly stroll into a supposedly safe Parliamentary seat, alongside his best pal, Blinky.

Let us take a glimpse into the lives and hypocrisy of these two so delightful "shaft all before them" Labourites. They met on a picket line. She the posh aristocrat looking for a bit of rough. Jack The Lad of Irish immigrant stock. (You might think it, I couldn't possibly comment) then proceed to clamber up the Socialist "shaft all before them" pole.

"A niece of biographer Lady Elizabeth Longford, Harriet was sent to the fee-paying St Paul's Girls School in London and studied politics at York University before becoming a solicitor like her three sisters, working for the National Council for Civil Liberties (now Liberty)."

Now at least one of her sisters cashed in on her sibling's power when, "She had passed the client's papers to Children's Minister Margaret Hodge (whose husband Sir Henry is also a judge, in the immigration court). And the go-between who ferried the sensitive papers from one to the other? - none other than her sister Harriet, the Solicitor General."

A blatant piece of interference in the due process of law, by the most senior figure in the legal system at the time! Nowt done about it. You see. Labour don't do ordinary laws, that's for the little people down in the melee of non-powerful peasants. Like the following,

"When Harry was 11 they sent him to the London Oratory, the same Catholic school where Tony Blair was to send his sons. The Oratory was, she insisted, a state school that others in her son's class were going to, and on that occasion there was no political fuss.
But two years later, in 1995, she and Jack sent their second son, Joseph, to St Olave's and St Savour's selective grammar school in Orpington, Kent, and a huge row erupted.
She defended the decision with her usual intransigence and smooth superiority, brazenly saying that, whatever the policies of the government, parents were entitled to make their own decisions about their children, ignoring the millions of parents kept in the straitjacket of those Labour policies."

Recognise the trend? "We are powerful and supreme. Do as we say not as we do. Just because we bleed you dry to enrich our lives is irrelevant."

Now Mr Harman just trots behind getting ever richer and ever more a part of the grand plan to join The Blairs in the billionaire class of failed socialists but wealthy schemers. So the next part of the plan is this. They know Labour are doomed and that the scorched earth policy will likely wreck, smartly, the Conservative effort to save the ship. Jimmy will be gone in a cloud of remorse at his failure to do the job of PM (or anything else).

Now Jack and Harriet will have the Unions on board, probably the Blairites and a double Parliamentary presence as two sitting MPs. A nice power base to secure, not only The Leadership of The Labour Rump but possibly Downing Street by 2013, as they create the anarchy so well honed in the seventies, at The Brunswick violent strike disaster. Some even refer to them as Mr and Mrs Brunswick.

Of course, at this point, they will easily abolish opposition parties, declare a Republican EU State and rule for decades as the most authoritarian regime in our history. You have been warned. Only a massive victory for The Opposition in the forthcoming election and memories of the grotesque 13 years of Socialist failure will prevent this.

I am not optimistic.

With thanks to this splendid article from November, 2007.