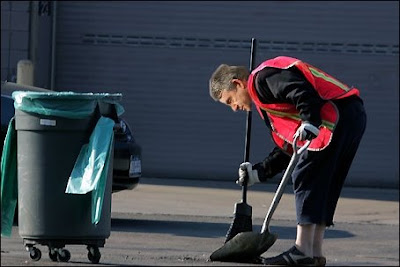 hat tip for piccy to GIGITS.

I have had a little dig about this morning to try a bit of gossip on The Brown Brothers. That Andy is a lobbyist for EDF and Johnny a "private" PR Consultant and ex-PR employee with Glasgow Council, is, presumably, irrelevant? EDF are also great pals with Blinky's dad in law and have The UK's nuclear energy stitched up like the proverbial kipper. Now whilst Johnno was enjoying the fruits of his work with The Glasgow Council, a "small" increase of £900 million quid was dropped into Jimmy's UK budget of 2002. Around the same time Johnno's bosses got a massive debt paid off. How much was that? Yup, well done, stay with it!

Now what next for the melting pot? The decommissioning costs for old Nuclear Power stations is very much in the tax payer's remit. Present estimates £72BILLION! Cracking lobbying by EDF's Chief Executive for PR. Very well done, Andy.

OK, so it's all old news but it still doesn't make it right.

Now to the present day. In order to hide the shareholdings, slush monies and so on, Ministers have "blind trusts" wherebye they delegate their ill gotten gains to be shovelled into their bank accounts by supposedly "independent" trustees. Believe that they are "independent" you'll believe anything! So Fondlebum and Snotty shovel the dirty money quietly whilst in disguise, (as in GIGITS pic, above) and we just watch our Nation's remnants of wealth get diverted who knows where? Whatever happened to investigative journalism? Why are these slush, sorry, trust funds so sacrosanct? Off-shore banking is alive and well, isn't it James Gordon Brown?