New capability in Afghanistan will help save lives: Air Force commander.
Several blogs are picking up on the story of a civilian registered helicopter's mystery useage in Afghanistan, including a question in The House yesterday. Fitaloon, http://diack.co.uk/fitaloon/ a Scottish blogger, has excellent information and links, together with Subrosa and Richard North.
My contribution is as follows.
It now appears that this aircraft was chartered by The UK Government and was used inappropriately for support of combat forward base supply when it was shot down and the civilians aboard killed. I leave any readers that may pop by to draw their own conclusions as to whether Jim and Bob have these Ukrainians' blood, an Afghan child on the ground and their families' grief on their hands.
Now, additionally, we have this Canadian Government public information release from which the above title is taken and again hat tip to Fitaloon.
Compare this;
Brown also rejected suggestions that British troops, who are fighting alongside other coalition and Afghan forces in Helmand province, are dying unnecessarily because they do not have enough helicopters -- leaving them vulnerable to ambush because they have to travel by road.
"It's a sad fact that helicopters would not have saved the lives of the individuals last week," he said.
Against this;

Canada’s new assets in Afghanistan will boost the Air Force presence in the skies over Kandahar Province, and make Canadian soldiers safer by reducing their reliance on ground transport, said Lieutenant General Angus Watt, Chief of the Air Staff.
“You can’t hit an IED when you’re flying,” he said, talking about the benefits of Canada’s new air wing.

“These new assets,” said Col Christopher Coates, the commander of the air wing, “will allow [us] to reduce ground based resupply convoys and more easily reach remote locations in challenging environments where [we] could be at risk of ambushes, land mines and improvised explosive devices.”
Who do you think has got this correct? Remember these oft repeated mantras like "Lessons will be learned"? I hope this mendacious stuff from Jim and Bob gets taken apart. 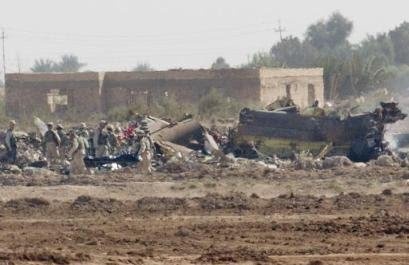 When Jim and Bob hire helicopters?