Another Sad And Pointless Loss.

When, Oh When Will This Tragic Waste End? 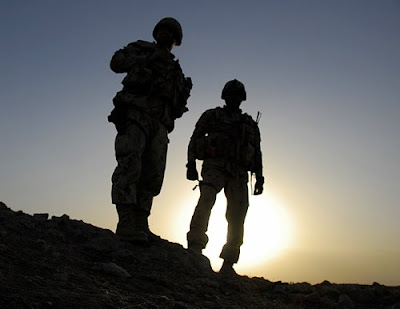 The sun sets on yet another terrible loss.

How many more times will a voice of reason have to be searched for? We are trapped in a military stalemate with many, many parallels in history. I expect the usual gung ho lefties will slag me off as usual but I would remind them that Socialist Unity is a staunch supporter of my stand and we are not natural allies. This further loss is an indication of many more lives ruined through this conflict, created from the vanity of Blair and Brown. We are not kept reliably informed of the casualties, loss of limbs and heartbreak of shattered young lives but if these fatalities are an indication, it must be a large number.


Yet what do we get from this shameful regime? A Secretary of State cut from the shavings of a thick plank. A PM who minces around like a ballet dancer on cocaine, nodding and gurning with a face contorted with self loving and deluded belief in his own perceived greatness. All that whilst a veritable army of young boys are screaming "The Emperor has no clothes".


It is now the accepted meme that our troops went to Afghanistan poorly equipped and without a realistic air support strategy nor the money or common sense to create one.


A glaring example of this Government's sole priority, the retention of power at any price. Dead soldiers, bankruptcy and decline all are irrelevant to a cabal of inadequate, self obsessed shirt lifters and child molesters.


I am totally committed to a fierce pride in our armed services and still regard it to have been a great honour to have served. Yet I am disgusted at this unnecessary mess of Labour's fuckwittery. I have said it many times, a urination party in a brewery is quite beyond their powers, as they mourn the loss of Norwich North and plot to cling to their disgraced tenure by foul means.


Our terror is here in The UK and our job is to fight it here with massive control of our borders and immigration. Trouble is they need the imported votes. 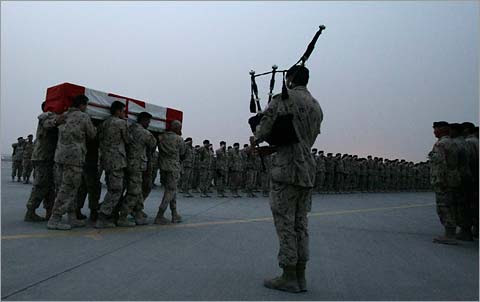 At the bottom of the page is a clip from when Oldrightie and Mrs OR welcomed our troops home. I would like to see them all safely back but fervently wish them godspeed whilst they are being hung out to dry by Labour's accursed crew. May God bless their loved ones who, too, are the bravest of the brave.