You Tell Me Which Event GetsYour Attention? 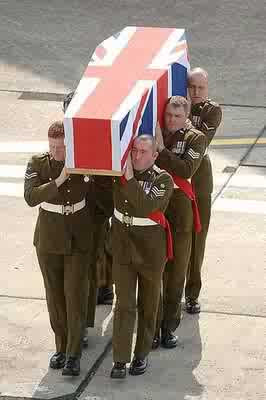 I had considered endeavouring not to comment on the obscene coverage of Wacko's venal, corrupt life but after 36 hours of wall to wall sycophantic crap, I felt I had to. As someone whose life has been marred by a paedophile's actions to a beloved child, I am appalled by this sudden beatification of a terrible and corrupt madman. Our so called leaders are moved to comment on this vain and despicable drug addict and child molester, yet all we get for our kith and kin, dying in the name of politicians' vanity and hubris, is a weasel worded statement to the pig pen of Parliament, every week they manage to turn up. Just witness that excuse for a human being, Ainsworth, parading his expensive but still ugly wig, before the troops. As he mumbles barely literate utterings, back home he is relegated to the fourth "brief mention" spot on the news and in the dead tree press. Not only have Labour, over the last almost 20 years, created a sickening monster of deceit and power, they have wrecked any semblance of morality we started with. In God's name please let them be thrown out and the possible morality of poverty reach into everybody's lives, not just the foot soldiers. 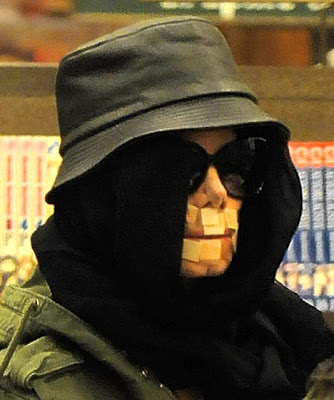 Above is the image of the latest money spinner vehicle and popular viewing figures agent. Can you just see the greenhouse gases to be burnt by the hordes of self-rightous media all pretending they are only there by accident rather than their collegues feeding frenzy and undignified jostling? Who can get the first pictures of this prat "lying in state"? Who can reveal the tasteful details of the coffin, the "no expense spared" shroud. Which hack will get the accolade for the best sombre eulogy. Whilst deep in the bunker overtime will be being worked to pull some stunt whilst no one is looking, pass some ghastly law or just steal more of our money. Which of these people will check out the trauma and unhappiness of the kids he molested, the millions of dollars he threw at the abject misery he brought about? Just as with our so called Government, chuck printed wallpaper at a problem and all will be solved. Tell that to all the victims of child abuse, world wide, or the grandparents of Baby P.

Wacko is the epitome of all the ills of a decaying society, deserving of the worst fate ever written of in The Bible.

People, where has decency gone?