Buy A Used Car From This Man? 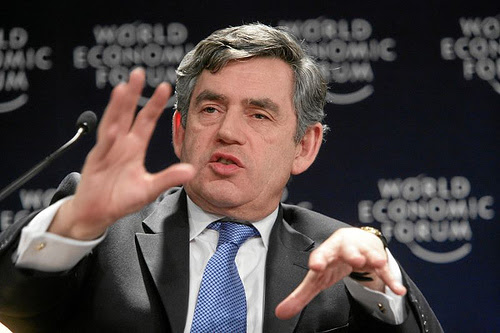 "Mervyn King: The scale of the deficit is truly extraordinary. 12.5 percent of GDP is not something that anybody would have anticipated even a year or two ago. And this reflects the scale of the global downturn.
But it also reflects the fact that we came into this crisis with fiscal policy itself on a path that wasn’t itself sustainable and a correction was needed."

"The UK is predicted to sink further into the red than any other major developed country next year, according to the Organisation for Economic Co-operation and Development."

Year 2006; And £2bn in annual tax increases (half of which will be supplied by higher air-passenger duties) announced last week notwithstanding, borrowing for the next five years will total £145bn, rather than the £138bn forecast in March. The main problem is not a shortfall in tax revenue, but spending overshooting forecasts, says Bill Jamieson in Scotland on Sunday.

Now, Jimmy, how the bloody hell are you intending to pay that back?

I, know, says our Jim, we'll spend even more. Now how stupid is that? Or is it a bare faced lie? I suggest it is a stupid, bare faced, deluded lie. Trouble is telling porkies is so, so tiring!