A Typical Brown Week and It's Only Wednesday!

Drat! Still over 12 Months to go but we have a taster next month!

Charles Clarke "Ashamed to be a Labour member"

GORDON Brown’s campaign to give parents more power in schools was branded a gimmick by teachers yesterday.

WORK UNTIL YOU ARE 70 TO PAY BROWN’S DEBT.

This huge experiment has failed.
It was the largest peacetime rise in public spending that has ever taken place.

It was meant to be fightback day. But before long it was beginning to feel like groundhog day.

Brown's Government is badly run... say 20,000 civil servants who work for him.

Labour may lose all its county councils in local election drubbing.

Brown told by MPs: Royal Mail plan may be your suicide note.

I really could carry on with this litany of failure for just today. Let us also look briefly at the last 12 years. Child poverty, social mobility, pensions, savings, housing, mass immigration, law and order, erosion of civil liberties, EU manifesto pledge broken, income tax pledge broken. Public Transport shambolic, roads a mess, taxation higher than ever. Somebody this week pointed out that the average tax payer pays £50 a DAY in tax! All this failure before we consider "No more boom and bust" Browneconomics clowning.
So, who should we vote for in this and next year's elections? 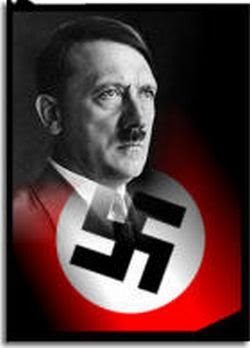