Poverty and Benefits under Labour.

Why is The Left not Ashamed of the last 12 years of failure? 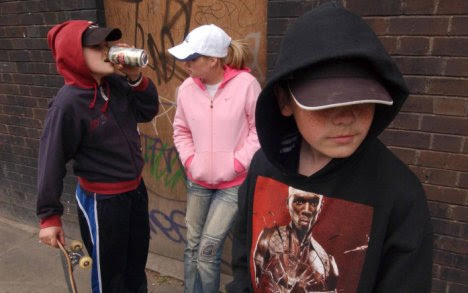 "A crisis is unfolding in the UK as people in poverty struggle with rising food prices and the recession, the Save the Children charity has warned,"

The 1930's have a resonance with today. The benefit administration costs and their crazy complexity all point to the failure of This Labour Government to Govern.

The control freakery, centralisation and dogma all combine to create an Orwellian monster. A monster that gorges on it's own lust for power at the expense of common sense and any understanding of the human condition. People need families, loyal parents and pride in themselves. All the attributes that made the hardships, suffered by mining, steel and factory workers, not dent that pride.

The "modern " Britain has become a soulless junk yard to park overcrowded, disparate, often violent hordes from every corner of the globe. A benefit system that acts as a magnet to the World's poor, yet draws them to an even worse existence than that which they seek to escape. Meanwhile the disadvantaged young children of this calamity see their hopes and dreams swallowed in a "blink" overseen by an overbearing, ambitious Labour Minister with little understanding of the rotten core of labour philosophy. We are not all the same. The brightest and best need nurturing every bit as the less able. The greatness of individuals adds to the improvement of others. Greatness is not about political dominance or banking greed. It is a village, town, city, nation that is not overcrowded, hooked on benefits, denied self-respect and pride. Greatness is in family loyalty and morality, loving and caring, not pornography and greed. Greatness is a sense of belonging. The benefit system is a betrayal of ambition and decency. Labour is the same betrayal through wanton carelessness, incompetence and the pursuit of mediocrity. More votes in that. So much for The G20 and Labour's values.