Why I Never Supported Labour

I was born into a difficult family environment which, post war, would have expected me to be cast in the same mould as the two individuals below the picture of an early mould pouring. Yet I chose a different ideological path. One without wooden splints protruding angrily from both shoulders like two chips Prescott. I chose to seek the decency and good side of philanthropic, well bred people. Many whose service to others always came before self. This was the ideology I wanted to follow. If I can despise anyone more than the Labour, dogma tainted, brutish and bullying left, it is those born into privilege, who then believe that accident of birth entitles them to a life of luxury, slothfulness and snobbery. People very rare today, thank God.

Less rare are my two targets for vitriolic observation in this post. 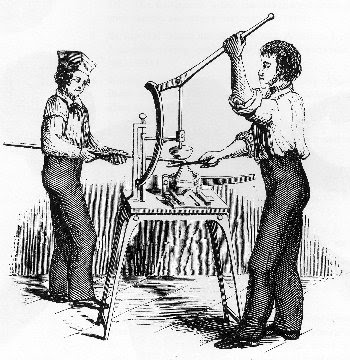 Here is a quote from 2003, from the bruiser on the left, Derek Simpson,

"Labour, he says, has to be brought back to the path that it claims to be pursuing in the first place - trying to tackle inequalities, standing up for ordinary working people."

Today's headlines are, from The Sunday Mail;

"But our revelations show that Mr Simpson himself enjoys the trappings of the 'fat-cat' lifestyle, and are likely to alienate the thousands of members of his union who earn less in a week than the nightly cost of his hotel room. Since 2003, Mr Simpson has had the use of an £800,000 grace-and-favour house owned by the union in Hertfordshire. A train to his home town from London takes 35 minutes and costs £16 for a day return - on weekdays, the last train leaves at 1.34am, in good time for all but the longest of meetings. Mr Simpson also has the use of a chauffeur-driven union car. Before moving to the four-bedroom detached property, which stands behind a farm-style front gate and has views of rolling countryside, Mr Simpson lived in a small semi-detached house in Sheffield with his wife Freda"

Salary and pension not at Fred's and Brown's level but within spitting distance. How much are union dues?

Now for our friend on the right, above. Another "Toff" baiter and hater. The Honourable? member for Bolsover, Dennis Skinner. Now baiting Harriet or Tone is not the norm. His irrational, bile filled rants are reserved for those, who he thinks, deliberately engineer themselves to be born into noble or wealthy or both families. Their blatant use of power to permit themselves to be born this way is the target. Not really an accident of birth. Presumably he would see breeding restricted to his socio-economic background. Pursue the murdering of their kind, as in the French and and Russian revolutions. To see his true and glorious nature in the raw, I close with the following observations of this man's typical "Socialist Principle" credentials on Wednesday, the 25th of February, 2009.

"What a totally outrageous person Skinner is - yes his hatred for the Tories is well known but his absolute lack of respect on this particular occasion puts him beyond the pale."

" The only person who let the House down was Dennis Skinner (Lab, Bolsover). He tried first to talk to Nigel Griffiths (Lab, Edinburgh S) who ignored him. Then he tried to engage Cabinet minister Liam Byrne in chat. Mr Byrne blanked him. Amazing that not even the death of a six-year-old can cure Skinner of his contempt for the Conservatives."

I could never wish to be part of a Party populated and tolerated at it's core with these people. I have observed them for too many years.

I pray that I shall see this family, sadly one less in number, in Downing Street, ere long. 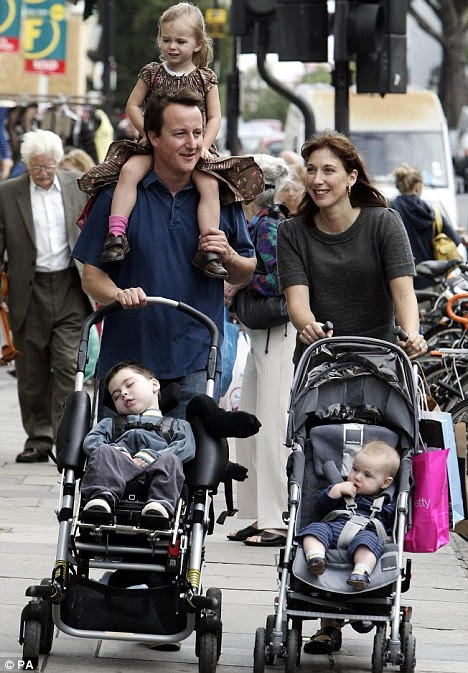