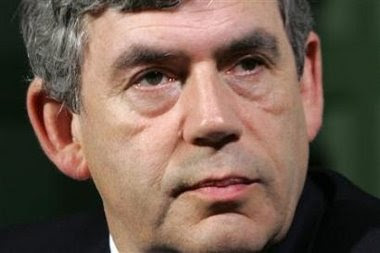 Caught glowering at Daniel Hannan
Doing the rounds is a three minute frontal attack on Brown. Accurate, incisive and coldly but passionately delivered. Banned by The BBC of course but a delicious quiet fury felt by so many of us. Well done that man. It is then followed by another fisting from Nick Farage. The childish and immature gurning from Snotty was utter joy. On top of all this, the place was practically deserted. The French and Germans whipping their troops away so as not to catch gordondelusion mania!
http://flyingwarpigs.blogspot.com/2009/03/gordoom-savaged-twice-in-one-day.html
http://flyingwarpigs.blogspot.com/2009/03/brown-smirks-at-truth-from-dan-hannan.html
Such joy not to have to suffer Snotty's minder, Gorbals Mick, bail him out.
Posted by Oldrightie at 06:45