"Take my friend Gordon Brown - and you know how much I trust him - who owns 70% of a bank. Seventy per cent! It's nationalisation. So explain where is the logic in saying there's no problem when a state takes 70% of a bank but helping manufacturers to get credit, that is a problem. Who says Gordon Brown is a protectionist ? Who would say such nonsense?”

Little reported but this sarcasm from Monsieur "Sarky" Sarkozy seems to suggest that at least one European Leader has Snotty sussed for the two faced moron he is. Shame 31% of our electorate don't have a clue as to how bad things are. 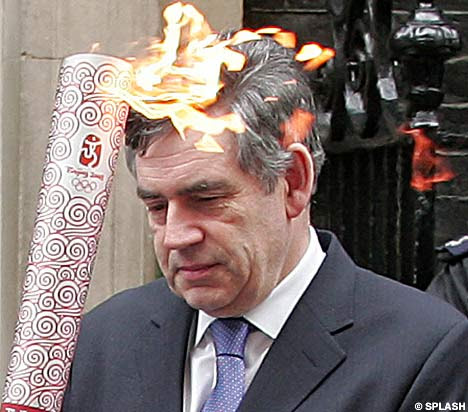