Fat Cat of Fat Cats and Dear Friend of Gordo.

This guy has been placed on yet another expensive quango in addition to his enormous perks at The Treasury. Look at his background below. Press Secretary to Snotty, 1998. UKFI Ltd., a quango to oversee Taxpayers payments to Banks. They are in line for bonuses, too! You ought to read;
http://business.timesonline.co.uk/tol/business/industry_sectors/banking_and_finance/article5690117.ece

This man was a pivotal part of Brown's tri-partite FSI failure. His reward? Millions of our money. For pity's sake, people,
WAKE UP 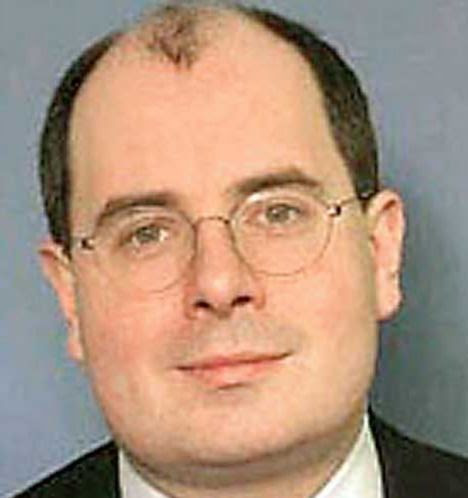 John Kingman is Managing Director, Public Services & Growth, HM Treasury. He is responsible for oversight and control of some £600bn of public spending annually, and for the Treasury’s interests in the efficiency and quality of public services. John is also responsible for the Treasury’s Enterprise & Growth Unit, and for the Treasury’s relationships with business. John was previously Managing Director, Finance and Industry, HM Treasury (in which capacity he chaired, on the Chancellor’s behalf, the tripartite standing committee with the FSA and Bank of England which oversees the stability of UK financial markets). Previous roles in the Treasury have included Director of the Enterprise & Growth Unit (2003-2005), Head of Productivity & Structural Reform (2000-02) and Press Secretary to the Chancellor (1998-2000).
Does anyone else see the irony and sheer despotic goings on? Be Gordons friend and become very, very, rich. How many salaries is he raking in? Oh, don't forget the bonuses. Why could'nt he do this extra work from his present position?
Posted by Oldrightie at 07:00