April Fools Day Is Every Day For The UK's Media.

What Evil Outfits They All Are. 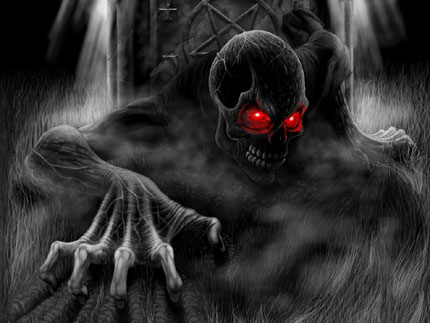 Twitter, for one social commentary outlet, is raging at the negativity and downright nastiness of our media. Among several loathsome creatures, full of excrement and bile, Piers Morgan is revelling in his incredible and superior knowledge as to how pandemic outbreaks should be managed. I understand he's knackered after weeks of no sleep and night after night volunteering to swill out hospital toilets as a volunteer. So since most of our media presenters are also so engaged perhaps their knowledge of government and hospital staff failures is first hand and the absolute truth.

One comment on Twitter wonders why those complaining of "failures" aren't identifying the locations they are arising? My question is, if the individuals trotted out are moaning so frequently and daily, how come they're not resting, working or challenging their managers directly? Another bone the media are gnawing desperately, is that of testing.

Well, again, as some less hysterical and more logical mention has been put forward. One these media, overnight medical professionals and cretinous, divisive, spiteful arseholes are too thick to employ and logic dictates. Test someone with zero symptoms and find zero sign of the virus, what's to prevent those people immediately becoming infected. Even whilst undergoing a possibly unnecessary procedure?

I have to say, my anger is greater than the years of disinformation, propaganda and bias employed over brexit and their beloved and now left very wanting, EUSSR crap. We are very fortunate to have the wealth and infrastructure to pour billions into protecting us from this pandemic. Despite certain areas where conforming to advice is ignored, you know where I mean, London and Birmingham are clues, we are being well served by our NHS, Government, Armed Forces and hundreds of thousands of volunteers.

Notwithstanding all of the millions of decent folk, we are having to suffer the daily gross and evil outpourings of a media, sulking and bitter at the success of brexit and the Government's thrashing of their beloved leftard, superior nastiness. Yet to use the pandemic to try and belittle the hard work and willingness of millions to support the fight against this deadly virus goes on apace. More virulent and demoralising than the fatalities themselves.

One guy shone out from the media in all this, George Alagiah. One out of thousands of talking head, disgraceful excuses and wastes of human skin. Despite our Government's difficulties being replicated across the whole world, that fact is ignored. The Maitliss Macbeth like witches. Would there were only three. Fiona Bruce, Derbyshire, Rayworth, Burley, Rigby. A whole huge coven worshipped by their male counterparts and glorying in their ill gotten riches, all at our expense, health and sanity.

Their salivating hollow brexit victories, won when Parliament was theirs to influence and cajole, for 3 years after the 2016 referendum, were swept away. Would we could do the same now. Their ghoulish relish at every blip, difficulty of possible attack dog, unexpected problem to pursue, is horrific. Forget that their relish is on the back of hundreds of thousands of global mortality. Hey, they  are having a ball stacking the coconut shies as deep as the corpses.

Never mind that the overwhelming nature of this pandemic in Europe, India and the poorer Nations across Continents, face the loss of millions. The footage from India of such millions jammed together along dusty, already disease ridden dirt tracks, is like watching a genocidal march like no other. Not even those organised by the National Socialist Party of Germany in the 1940s.

Likewise Erdogan's forcible herding of illegal immigrants across the Greek border. A human tsunami deliberately used as an outrageous weapon of war. Still, our media are too busy with their own fairground amusements. "We've got a lovely bunch of coconuts" the new anthem of the West's media.

We can but hope those missiles rebound back in their ugly mantras. That the overall decency, despite a great deal of alien lack of morality, will survive this terrible time, we cannot know. Unless you are a fantastic member of our punditry, led by Mad, Addled Morgan, who knows the future even better than the past. Is it a hope too far to wish a plague on all THEIR houses? I think not.

As I am fond of closing with, in these awful circumstances. For all those deserving, stay well and stay as calm and safe as possible and the very best for what is yet to come. For those not so deserving, may the pain you seek to cause others be yours to suffer, eventually.

Forget The Many Issues Of This Pandemic For A Moment.

Regardless Of That Which We Are Allowed To Know, Our Media Are A Disgrace.

You can almost see the faces of Kuenssberg, Bunty Boulton, Maitliss, Snow and Bumbling, Menopausal Burley like a pack of hyenas or clowns. After battling with their salivating nastiness, bias and obvious agenda for cash and fame, over brexit and their leftard bias, I had hoped their trouncing last December would give us at least a few moths off. As it is I am watching this hyena pack with morbid fascination yet again.

Their ill informed, desperate dreams of BAFTA or other such awards are now once more in full flow. Notwithstanding the huge majority of British folk following with gratitude the unenviable task of coordinating the logistical nightmare of this pandemic, our stars of auto-cue brilliance and legendary lack of any intelligence are baying once more in their need for blood.

Blood, of course, of the white, middle class, conservative people they so despise. You know, the type who have produced 450,000 volunteers, so far, to pitch in. The retired medical people coming back to work in their droves. Of course not all white but all of the those content to side with and admire the qualities of the people who have made generations of immigrants welcome. Particularly those embracing what, as immigrants, they see as so desirable to want to become part of.

I am at a loss to understand the vehemence of Maitliss, last evening. Just had to switch the bitter, loathsome, negative harridan off. A scrawny, vicious and desperately unhappy woman hell bent on hurting and handicapping this Government's heroic efforts to control this awful pandemic.

If they are desperate to gain a top spot amongst themselves, I think Maitliss and her gross, tortured, bitter, menopausal face is ahead. Bunter looks shell shocked he's not getting any serious bones to chew on, Burley flapping and spluttering like a drowning fool, out of her depth and Kuenssberg lop side mouth turning ever more crooked and ugly ever day.

None of these creatures, these hyenas, have the slightest empathy with those tasked with managing, as best they are able, this horrific nightmare. They are sending their packs out over the globe to find tales of great success with which to contrast what they are determined to establish. Our newly elected Government are rubbish compared to everywhere else.

So what if these memes were true? Nothing this media hysteria and gross need for scalps and carcasses will enhance our Government's performance. However we, the population, are not instep with the folk these cretins trot forth to criticise, moan and complain. We ordinary folk know from the bottom of our hearts, the Government is doing the best it can.

They also have a more compliant Civil Service than normally, for decades, has been the case. The military and the Mandarins recognise that they are "servants" and need to return to the fact they are their to do Ministers' bidding, not thwart them without very, very good reason.

So, I say this to the media morons and snarling scavengers. Get real. You are as nasty as the virus itself. You are handicapping millions of peoples' efforts with your constant lust to damage, wound and hurt those trying so hard to cope. Your biased negativity just proves your inadequate lack of any understanding of what the nation needs right now. Morale boosting decency and respect would be a start. Sadly you are bereft of the decency to have any idea what I mean.

I just hope when this dreadful time comes to an end their will be a reckoning for a media circus of Roman Games mentality, to make evil and brutality a spectator sport. A reckoning which has eluded political classes for decades but may now be on the horizon. I almost pray for that more than an end to the pandemic. Almost.

To all those deserving, stay safe. Any chance you get, slate the snarling, inhuman scum that are the circling packs of hyenas masquerading in human form and pretending to be a media we no longer respect and in some, if not many instances, fear.

Posted by Oldrightie at 18:43 5 comments: http://www.TotalBlogDirectory.com

The Labour Party As Corbyn Leaves.

The Fate Of The Next leader Unveiled. 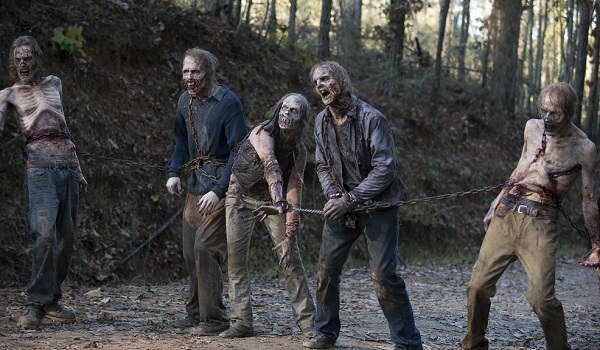 Posted by Oldrightie at 18:41 5 comments: http://www.TotalBlogDirectory.com